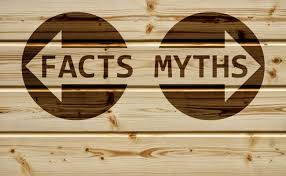 Below are five of the most common reasons people give for reasons as to why they think they have to avoid filing bankruptcy when their lives are in financial turmoil.

People in financial distress commonly will delay or not seek relief under the United States Bankruptcy Code, due to common myths and misperceptions.  As a result, such persons and their families continue to suffer needlessly, and in many cases, make their situation worse by delaying or not filing bankruptcy.

1. I am married, and so my spouse has to file bankruptcy with me.

False.  In many cases, it may make sense for both spouses of the marriage to file bankruptcy jointly, but there is no legal requirement that you have to do so.  In fact, there are situations where it may make more sense for only one spouse to file bankruptcy, such as when all of the debt or a vast majority of the debt is in one spouse’s name only.

2. A bankruptcy filing will stay on my credit report forever.

3. I will not be able to obtain credit after filing bankruptcy.

False.  Many debtors start receiving credit offers very shortly after they received their bankruptcy discharge of debts. This includes credit cards and auto loans. Initially, the terms of the loans or credit may result in a higher than the average interest rate, lower credit limit, or other less than favorable terms; but assuming his or her credit is maintained, a debtor discharged in bankruptcy can return to receiving more commercially reasonable credit terms, including housing loans after a few years.

4. My tax debts to the IRS can never be discharged in bankruptcy.

5. You lose everything if you file a personal Chapter7 bankruptcy.

False.  A Chapter 7 bankruptcy is referred to as a bankruptcy liquidation, which can result in certain assets of a debtor having to be turned over and liquidated in the bankruptcy.  However, certain assets are exempt from bankruptcy proceedings and allowed to be retained by the debtor.  For example, individual retirement accounts and certain qualified retirement plans that have a value of $500,000or less are exempt for each debtor in Nevada.  Equity in a debtor’s primary residence can be exempt up to $550,000 in Nevada.  Nevada also allows each debtor to retain a vehicle with equity value equal to or less than$15,000 and household furniture equal to or less than $12,000.  Such valuations are determined by the current fair market value of the asset, namely, the reasonable market price that a debtor could obtain for the asset if the debtor were to sell it.  Nevada law also allows for other exemptions to protect certain other assets from bankruptcy.

Instead of doing nothing or needlessly delaying and making matters worse for themselves, people with acute financial problems should not hesitate to contact a bankruptcy attorney to ask questions and explore options available to them both in and outside of bankruptcy. An informed bankruptcy lawyer can be an excellent tool to assist one in navigating the turbulent waters during times of financial distress and confusion.