As a family law attorney, I am often asked about the residency requirements in Nevada v  California.

Pursuant to NRS 125.020, in order to file for divorce in Nevada, one of the parties must be a resident of the state of Nevada for 6 weeks preceding the filing of the Complaint for Divorce.  Such residency must be corroborated by an Affidavit of Residency signed by an individual, also a resident of the State of Nevada, who can confirm that a party to the action has been continuously physically present in the state during that period of time.

In addition to the residency requirements for filing of actions, both states also have  adopted the Uniform Child Custody Jurisdiction and Enforcement Act (“UCCJEA”) which only allows a court to make a child custody determination if the child or children have resided in that state for a period of six months and there is no other state which has jurisdiction over the child. There are some statutory exceptions for emergency situations, but in most cases, the courts will have to defer to the child’s “home state” if there are two or more states which are seeking jurisdiction to make a custody order. 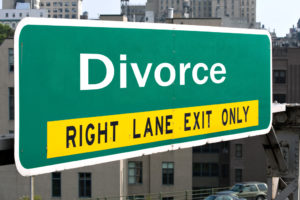 Accordingly, even if an individual satisfies the residency requirements for obtaining a divorce or dissolution, there could still be issues as to whether that state has proper jurisdiction to enter a child custody order

Finally, unlike Nevada which does not have a statutory “waiting period”, California courts cannot issue a Judgment of Dissolution until an additional six months have expired from the date the Respondent was served with the dissolution petition or otherwise acknowledged service. This is to acknowledge the public policy to promote marriage and make sure spouses are given adequate time to consider their decision to proceed with the dissolution of their marriage.